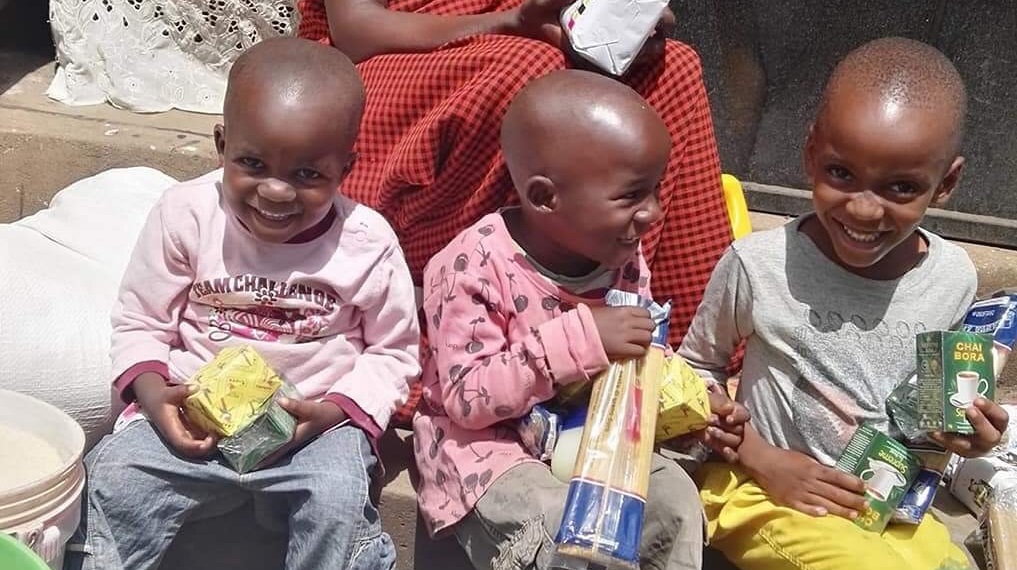 Project Rehema Ministries is a 501 (c) (3) not for profit organization. Our primary goal is to minister to some of the 2.5 million orphans in Tanzania, East Africa by addressing their physical, educational, emotional, and spiritual needs through the examples of Jesus Christ.
Our goal is to get away from the institutionalizing of orphaned children by having small, modest homes where there is a "mama" caring for a small number of orphaned children per home by providing a real, home-like setting where not only are their physical needs being met but they are experiencing the real love of a family. Our goal is to have them blend in with their community and not stand out as orphans. Project Rehema does not discriminate against children with HIV.

In 2003, Project Rehema President, Kelli Solsma, met a little girl named Rehema Ntandu while on a mission trip in Tanzania. Rehema was only 7 or 8 at the time and was kicked out of multiple orphanages because nobody wanted her because she was HIV positive. During Kelli’s 3 week stay, Rehema was in 3 different orphanages! Before she left Tanzania she made the pastor at the orphanage promise that he would get her to an orphanage in a nearby town where Kelli knew she would not only be accepted but also loved. Rehema arrived there safely. A few months later, Kelli sent someone to check up on Rehema and found out she had passed away. For Rehema, it was too late. However, it’s not too late for the other 2.5 million orphans of Tanzania. Rehema may have been small and frail, but she was mighty in purpose. Her legacy lives on. In 2007 Project Rehema was formed in her memory. Currently Project Rehema has 17 homes/family units caring for over 100 orphaned and vulnerable children.

FOUNDER & CEO
Kelli Solsma is the President of Project Rehema Ministries. Kelli, along with the Project Rehema Board of Directors, formed Project Rehema in February of 2007. Kelli has been involved in mission work in Tanzania, East Africa since 1997. She feels incredibly blessed to have found her passion in life and more importantly, be able to serve God in this capacity. Kelli also founded Warm Hands Warm Hearts Mitten and Winter Item Drive in 1996. This charity donates winter items to local schools where the need is the greatest. Since 1996, thousands of items have been collected and distributed to children in need. She was named the Quota Club International “Woman of the Year” in 2002. Kelli and her husband, Jim, reside in Dakota Dunes, SD and have three children; Alex, Jaden, and Trent.

Jim Solsma is the Vice President of pork pricing at Tyson Foods in Dakota Dunes, SD.  He has worked in various capacities at Tyson over the last 30 years.  He is a 1987 graduate of Northwestern College in Orange City, IA.  Jim has supported his wife,Kelli, over the last 21 years in her decision to do mission work in Tanzania and  hopes to make the trip to Tanzania in the very near future.  Jim and Kelli have 3 children, Alex, Jaden and Trenton.

Vice President
Deborah J. Morris grew up in the Siouxland area, and graduated from Bishop Heelan High School in 1980. Deborah spent several years in medical group management while earning her undergraduate degree from Morningside College.  She graduated summa cum laude achieving a dual-major in the fields of Accounting and Business.   After working several years in the area of family law, Deborah returned to higher education and obtained her Juris Doctorate with High Honors from the University of South Dakota School of Law in 2016.
Deborah is an Associate Attorney at Rosenbaum Law Firm in Sioux City, IA practicing primarily in the areas of divorce and custody.
Deb is the the Vice President of Project Rehema and was on Project Rehema’s first mission trip in 2007.  Her drive to serve the Lord continues on through helping others.

Maryann has worked as an accountant for the last 40 years.  She is also the Treasurer for Project Rehema.  Maryann has been in love with Africa her entire life and in 2003 she fulfilled her dream and went on her first of many mission trips to Tanzania.  Maryann’s knowledge and heart for the people of Tanzania are tremendous.

Sarah Case is the Secretary for Project Rehema. She graduated from Briar Cliff College and very quickly began working with children. She is currently a teacher at Sonshine Station preschool. Sarah loves that Project Rehema aims to keep children with their families as much as possible and in small family homes if that goal is impossible.

Adam is from Musoma, Tanzania and currently resides in Arusha, Tanzania.  Adam went to Moringe High School and Kampala International University. Currently, Adam is working on his MBA at Esami in Arusha. His aim is to utilize his skills and knowledge to help the disadvantaged women and youth for self-reliance and creating business and agriculture opportunities to improve their living.   Adam is in charge of all of Project Rehema’s day to day operations. He has been with Project Rehema since 2009.  His background and his personality allow him to relate to our families perfectly.  His dedication to our mission has had a significant impact on the success of our program.

Elly is from Arusha, Tanzania and resides there as well.  He went to Bishop Durning High School in Arusha.  He also studied professional truck driving at the National Institute of Transport in Tanzania.  Elly loves to study and learn about all the beautiful wildlife in Tanzania.  Elly is perfect in his role as program assistant because he is a “people person” who can so easily relate to our Rehema families.